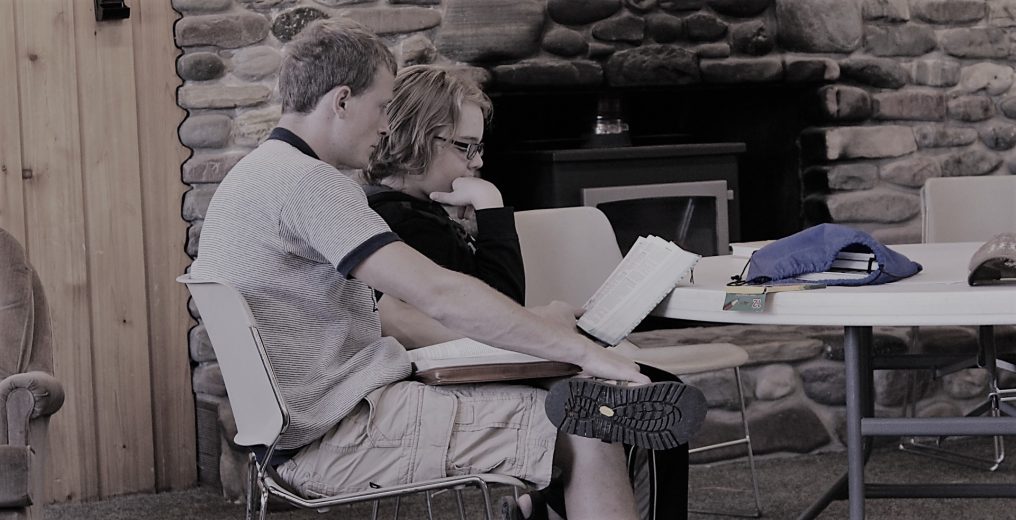 “…I didn’t know how to interact with them which made me avoid interactions with them, not even being willing to say hi or give them a smile.”

With the exception of seeing a stranger with special needs in public, my first real exposure to people with special needs was at a camp I had been a counselor at in Pennsylvania. Like Camp Promise, this camp had a couple of weeks during the summer where they would run camp for people with special needs. Unlike Big Sky, other weeks of camp were going on at the same time, and I was counseling for those camps. So while I wasn’t directly interacting with anyone with special needs, the campers I had that week and myself would often pass the campers with special needs or see them at the pool and other locations. As part of the rules that I shared with my campers in the beginning of the week, I would tell them that we would see people with special needs and that they should be respectful of them and treat them just as you want to be treated. I look back at this and see how hypocritical it was for me to say things like that because I myself, wasn’t respectful towards them and I myself didn’t treat them how I would want to be treated. Not that I was mean or said rude things to them, but I didn’t know how to interact with them which made me avoid interactions with them, not even being willing to say hi or give them a smile. How could I tell my campers to be nice, when I didn’t even know how to do that or was not even willing to try?

“While they may have physical limitations or mental limitations, their heart is the same as us; broken, sinful, and in need of a savior…God has created their hearts so that they are able to understand the gospel and receive their savior.”

I am thankful that the Lord had planned to change my heart. Fresh out of high school, I came to Big Sky to be an intern and eventually be a counselor. I first heard about Camp Promise while I was out here and began to worry about counseling someone with special needs. From the first day of counseling at camp promise until now, the Lord has taught me a very important lesson. Romans 1:16 says “For I am not ashamed of the gospel, for it is the power of God for salvation to everyone who believes, to the Jew first, then to the Greek.” Folks with special needs are just like all of us. While they may have physical limitations or mental limitations, their heart is the same as us; broken, sinful, and in need of a savior. Their hearts are like the 900 other campers that come to Big Sky throughout the summer; broken, sinful and in need of a savior. Most importantly, just like us and just like every other camper, God has created their hearts so that they are able to understand the gospel and receive their savior.

“This camper, who seemingly didn’t understand or care all week about what was said to him in chapel, was listening and understanding.”

It is clear in Romans 1:16 and the rest of the bible that salvation, which is through the power of God, is for everyone who believes. Our ministry to people with special needs is as important as any other ministry Big Sky offers because salvation is for everyone who believes, and I know that many of our campers that come to Camp Promise believe in God and the salvation He has freely offered to them. The most memorable moment I have had at camp promise happened in the second summer I was here. The last day of camp, one of the counselors and camp promise campers came up to me and said they had something to share with me. So the counselor asked his camper where Jesus was and his camper pulled his shirt away from his body, looked down his shirt where his heart was and said that He was in his heart. This camper, who seemingly didn’t understand or care all week about what was said to him in chapel, was listening and understanding. He understood the truth of the Gospel, through the power of God that he needed a savior from his sin and asked Jesus into his heart to become Lord of his life.

Our mission statement at Big Sky says that “Big Sky Bible Camp exists to glorify God by leading individuals to a saving knowledge of Jesus Christ and intentionally fostering Christian growth through the camp setting.” Jesus gave his disciples, and us, the command to go out and make disciples of all nations baptizing them in the name of the Father, Son, and Holy Spirit. We want the Gospel to be heard by more kids and adults and believe that a new facility is the next step for us to be able to reach more people. When I think about the opportunities we would have to reach more people, especially people with special needs, with the Gospel, I can’t help but get excited about seeing the power of God more and more. The Gospel is the most important message that could ever be given and it is for Everyone who believes.

“The Gospel is the most important message that could ever be given and it is for Everyone who believes.”

Ryan Nice is the operations director and Program Administrator here at Big Sky Bible Camp. Originally from Pennsylvania, Ryan interned at Big Sky in 2009. In 2014 Ryan moved here to join our full time staff with his wife Amanda. Since then, Abram and Naomi have been added to the Nice family. Ryan enjoys baseball, hunting, and receiving summer staff applications.